Other Table with family games

Cars: Balance in the Ramp Challenge

The Floor is Lava 3D 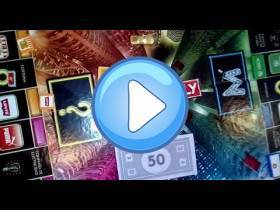 Play the demo of the Monopoly Empire, is a game based on the famous game of Monopoly. In this version you have to throw the dice to advance squares. According to the box that you touch, you will have to answer the questions they ask you. You have six opportunities, do not waste it! Buy houses and hotels to increase your income. If you prefer you can play it in the APP or on any device with an Internet connection. Have a good time playing the Monopoly Empire.
Enjoy the game Monopoly Empire, it's free, it's one of our Table games we've selected.