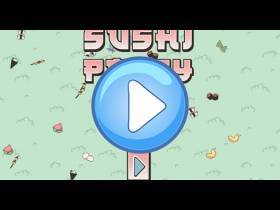 Sushi Party IO is a new version of the successful Slither. Io because you will have to handle this worm in its mission of eating sushi and getting bigger and bigger to face your opponents. Again we are facing an online multiplayer game in which we will fight against people from all over the world to reach the Top 1 of the server.
Collect the pieces of sushi that are spread all over the level to grow your worm and score points to your marker. Get your opponents to crash into your body to destroy them and get the loot they have accumulated so far in this Sushi Party IO.
Enjoy the game Sushi Party IO, it's free, it's one of our .io games we've selected.

Add GamePlay
👥 For 2 players or more