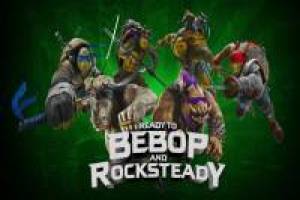 TMNT: Ready to Bebop and Rocksteady 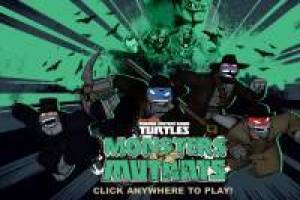 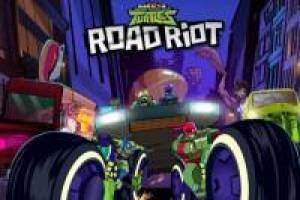 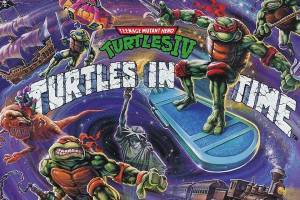 Let yourself be guided by Master Sliver 🔥

The ninja turtles, refers to a popular search on our website with about 4 related games to display

- In the dark sewers of New York began the mutgeno TMNT. For biolgico incident and some simple laboratory turtles mutated and became famous Ninja Turtles TMNT.
These turtles grew and became teenagers. They were trained with martial arts Master Splinter a mutant rat who lost his family and his new family now delivered. l come with every effort to turtles to be some real heroes and protect the city from the anti mutant villains.
The TMNT family consist of four ninja turtles, a mutant rat and a human girl named April Oneil daughter of a scientist.

Leonardo is one of The ninja turtles, is recognizable by the color of their bandanas or blue scarves, uses two swords katanas, is the most responsible for all and therefore is believed to be the largest. He is the leader and wants to be the captain Ryan, the hero of a television series that always sees. Miwa is in love with the daughter of the Master.
Donatello is equipped with a bo personalized walking stick by it. It is the most intelligent, creates weapons and artifacts, with good advice always advised his brothers and tries to get along with everyone. Their flocks are purple and is completely in love with April, although she does not realize it.
Rafael is the most insane of all, it always seems that is angry but because he wants to be the leader. Their bandanas are red and is equipped with the sai blades, a very sharp tridents pequeos.
Michalangelo is the most simptico, likes to play tricks on his brothers, he likes video games and eat pizza. Their bandanas are orange and is equipped with a nunchakus with kusarigama, a kind of chacos but dainos ms.
The Master Splinter or Sliver Master is the master of The ninja turtles, l also suffered one mutgeno and transform into a giant rat the size of a human. We teach ninjutsu arts so they can defend against threats tyrant Shredder or Destroyer.