Other GMod or garry's mod games

Zombiecraft. Io: Zombies in the world of Minecraft 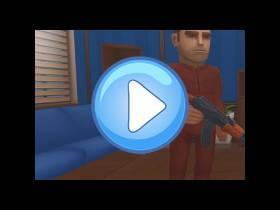 Surely you've seen this game in your favorite youtubers like Willyrex, Vegetta or Alexby11. This is the game mode Garry's mod, Prop Hunt in which you will be part of one of the two teams of the game. If it's your turn to hide, you'll be out in an office and you'll be an everyday object. Hunters will have to find the objects that move to win the game. If it's your turn to hide, look for a good place and do not move so you will not be discovered. If you hold the time limit, you have made your team winner. On the contrary, if you have to hunt, you have to watch all the objects to see if they do not match the scene, if they are duplicated or if they move. Do not shoot crazy because you will lose your life until you die. Enjoy this fun multiplayer online game!.
Enjoy the game Garry's Mod Prop Hunt, it's free, it's one of our Garry's mod games we've selected.

Categories of games
Go to TOP