Other Five Nights at Freddy's games

Escape with Freddy from FNAF

Five Nights at Freddy´s On Line 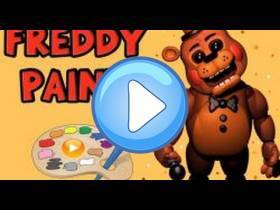 Freddy Pinta Five nights at Freddy's an easy and fun way. In this game we offer the face of Freddy colorless so you can paint it with the colors offered by the game. Nape a game of paint was as scary as Freddy Pinta!. Besides painting Freddy you can print the drawing if you have a printer connected to your device or PC. Have fun painted FNAF your favorite character.
Enjoy the game Freddy Paint, it's free, it's one of our Freddy games we've selected.