Descendants at the end of the year

Hospital of the Descendants

Descendants on the Island of Misfit

The fashion of the Descendants

Descendants: Quiz in the best style of Áuradon

Harley Quinn and her friend

Dress up princesses in villanas 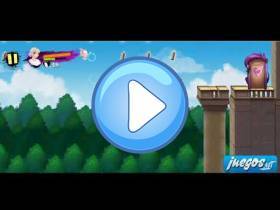 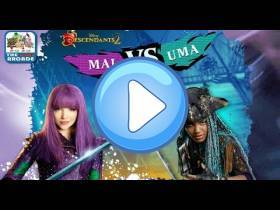 Get ready to travel to the world of Auradon in the new adventure that Los Descenientes 2 brings us, the second Disney Channel movie set in the children of the villains of the classic stories.
After the decision of Mal and his friends to stay in Auradon, in the Isle of the Lost there has been a new leader and his name is Uma, the daughter of Úrsula, the villain of La Sirenita. She will seek revenge on Auradon and also on her former friends, who have left them behind and abandoned them on the island. On the other hand, we have Mal, who has integrated well into the kingdom of Auradon with the rest of the children of the princes and princesses of stories, and is still in love with the heir to the throne.
In this game we can live that duality since you can carry out the adventure of Mal or that of Uma, and even the two of us playing on several occasions. You will have to overcome the different levels, dodging the obstacles, collecting the elements and defeating your enemies. While the story of Mal will take us to travel to the Isle of the Lost and want to help his former friends, the story of Uma will focus on revenge and want to reach Auradon. Enjoy this fantastic game of The Descendants 2 and the fight between Mal and Uma.
Enjoy the game Descendants 2: Mal vs Uma, it's free, it's one of our descendants games we've selected.